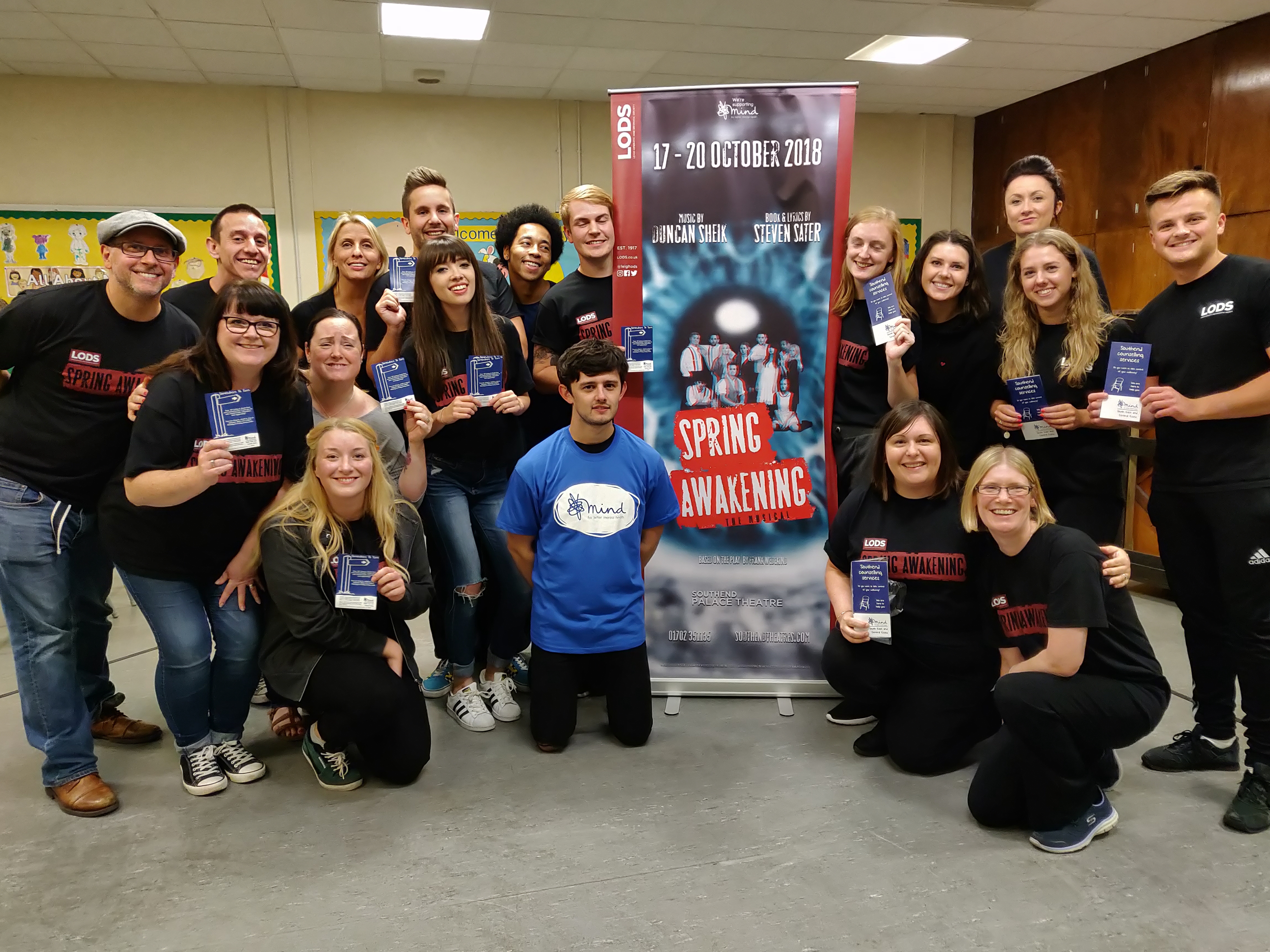 Spring Awakening may not be a musical that you have heard of, it certainly isn’t in the mainstream, but that doesn’t take anything away from its powerful, energetic and thought-provoking story, with the original Broadway production earning exceptional critical acclaim, eight Tony Awards and four Olivier Awards!

Adapted from the German play written by Frank Wedekind in 1891, Spring Awakening follows the lives of a group of teenagers in late 19th Century Germany, as they navigate through teenage self-discovery and coming of age anxieties.

The most notable character dealing with mental health issues is Moritz. He is excluded by his peers for being awkward, berated by his parents for being a disappointment and is consumed by the pressure of succeeding in school, as well as his confusion surrounding his sexuality, all leading to Moritz taking his own life.

The story challenges a wealth of mental health issues, and doesn’t shy away from other sensitive issues such as physical abuse and rape. Although the original play was written over a hundred years ago, the starkness of its relevance and the way people deal with mental health issues is very apparent.

World Mental Health Day will take place on Wednesday 10th October. This year’s theme set by the World Federation for Mental Health is young people and mental health in a changing world. As Spring Awakening ties in so well to this, LODS are incredibly proud to be helping to raise awareness of such important issues.

At each performance of Spring Awakening, LODS will be collecting money for the South East and Central Essex Branch of Mind; the Mental Health Charity.

Mind work tirelessly to help those struggling with their mental health, from workplace training to everyday life tips, helplines for urgent advice to guidance on legal rights and much more. World Mental Health Day is an opportunity for charities such as Mind to help break the barriers and stigma surrounding mental health issues.

Mental health problems can affect anyone, any day of the year, but 10th October is a great day to show your support for better mental health and start looking after your own wellbeing. More young people than ever are seeking help with their mental health, but less than 1 in 10 find it easy to get the support they need.

Music is a confirmed way to improve mental illness, helping to reduce symptoms of depression, reducing stress and improving mood and sleep. By using music to discuss and raise awareness of such hard-hitting topics, the emotional truth of these disorders is uncovered, helping listeners coping with mental illness to feel less alone.

Musical theatre is breaking down the stigma of mental illness with shows such as Dear Evan Hansen, Next to Normal and of course Spring Awakening. While the characters and stories may not be real, the emotions and struggles that they are facing are often very relatable. These characters are not demonised; they’re simply shown as people, who happen to have a mental illness, trying to get by.

Help us to raise awareness of World Mental Health Day and mental illness by supporting LODS production of Spring Awakening at the Palace Theatre from  17th – 20th October, Tickets can be booked via the link below, use the code ‘LODSSA220′ for 2 for £20.00 tickets on Wednesday night and Thursday matinee performances.

And don’t forget donations can be made to Mind through their website, www.mind.org.uk/donate

To see the finished product book your tickets below. We are at the Palace Theatre from 17th – 20th October 2018. Can’t wait to see you there!

This site uses cookies. By continuing to browse the site, you are agreeing to our use of cookies.

We may request cookies to be set on your device. We use cookies to let us know when you visit our websites, how you interact with us, to enrich your user experience, and to customize your relationship with our website.

Click on the different category headings to find out more. You can also change some of your preferences. Note that blocking some types of cookies may impact your experience on our websites and the services we are able to offer.

These cookies are strictly necessary to provide you with services available through our website and to use some of its features.

Because these cookies are strictly necessary to deliver the website, refuseing them will have impact how our site functions. You always can block or delete cookies by changing your browser settings and force blocking all cookies on this website. But this will always prompt you to accept/refuse cookies when revisiting our site.

We fully respect if you want to refuse cookies but to avoid asking you again and again kindly allow us to store a cookie for that. You are free to opt out any time or opt in for other cookies to get a better experience. If you refuse cookies we will remove all set cookies in our domain.

We provide you with a list of stored cookies on your computer in our domain so you can check what we stored. Due to security reasons we are not able to show or modify cookies from other domains. You can check these in your browser security settings.

These cookies collect information that is used either in aggregate form to help us understand how our website is being used or how effective our marketing campaigns are, or to help us customize our website and application for you in order to enhance your experience.

If you do not want that we track your visist to our site you can disable tracking in your browser here:

We also use different external services like Google Webfonts, Google Maps, and external Video providers. Since these providers may collect personal data like your IP address we allow you to block them here. Please be aware that this might heavily reduce the functionality and appearance of our site. Changes will take effect once you reload the page.